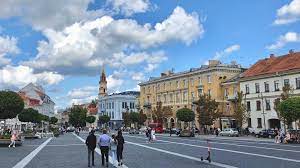 10 things you should know about Lithuania

If you are coming to study in Lithuania, this might be the beginning of a fascinating adventure for you in discovering Europe. Lithuania not only offers interesting cultures and the opportunities associated with innovative economies, but it also provides the best conditions for successful higher education studies in a challenging and friendly atmosphere. Study in Lithuania provides the top-quality education, internationally recognized degrees and highly appreciable infrastructures, almost no other region in the world can set your career off to such a promising start!

Location: Lithuania, officially the Republic of Lithuania, is a country in the Baltic region of Europe. It is one of three Baltic states and lies on the eastern shore of the Baltic Sea. Lithuania shares land borders with Latvia to the north, Belarus to the east and south, Poland to the south, and Russia to the southwest.

Capital city: Vilnius, Lithuania’s capital, is known for its baroque architecture, seen especially in its medieval Old Town. But the buildings lining this district’s partially cobblestoned streets reflect diverse styles and eras, from the neoclassical Vilnius Cathedral to Gothic St. Anne's Church. The 16th-century Gate of Dawn, containing a shrine with a sacred Virgin Mary icon, once guarded an entrance to the original city.


Let Us Help You